Not only is it a popular drink in Vietnam and the world, coffee is also known for its many benefits when enjoyed every day. So what is the effect of coffee, let’s find the answer in the following article.

1. Welcome to a new day full of energy.

Enjoying a cup of coffee in the morning will help your spirit become alert, welcoming a new day full of energy. This is also the effect of coffee that many people appreciate, especially when you wake up or need to be awake to focus on work.

We all know that there is caffeine in the composition of coffee. Caffeine acts directly on the spinal cord and cortex, which in turn will help you become more alert and active. Besides, the sodium present in salt is the electrolyte in the body and exists in the form of ions. When combining coffee and salt will help the process of absorbing caffeine better, thanks to which the effect of stimulating alertness is also increased.

You can use a cup of SaltCoffee coffee to help maintain apple sophistication all day long. The product is completely extracted 100% from Vietnamese coffee beans, sugar, flour, cream and Salt to bring rich flavors and healthy effects such as:

You may not know it, but drinking coffee regularly will work against cancer. This was demonstrated by a study published in May 2017, where the incidence of liver cancer among people who drank one cup of coffee a day decreased by 20%, while those who drank 2 cups of coffee per day decreased by 35%.

Further studies have also shown the effects of drinking coffee on cancer. Drinking 5 cups of coffee reduces the incidence of liver and mouth cancer by up to 50%.

In addition, some other studies have shown that coffee has a great effect in reducing the risk of colorectal cancer.

Just drinking 3 cups of coffee a day can help people extend their life. Coffee has a great effect on preventing disease.

Coffee will help reduce inflammation, while increasing the immune system inside the body, in which case caffeine has been eliminated.

The effects of drinking coffee on depression have also been studied and confirmed through reports. A study published in 2011 by Harvard University found that women who enjoyed four cups of coffee a day had a 20% lower risk of developing depression.

In addition, separately conducted studies showed that with 200,000 people drinking about four cups of coffee a day, the suicide rate would also be lower than 53 percent, Heath News reported.

To welcome the new day full of energy with a multiplier refreshment, you can consider using Dr. SaltCoffee salt coffee and refer to more product information here.

The caffeine present in coffee works just like theophylin – a substance that relaxes the bronchi, so coffee supports the treatment of asthma, helping people with asthma become easier to breathe.

6. Reduce the symptoms of pain

The effect of coffee on the symptoms of aches and pains is also evaluated as quite effective. For women, coffee in high concentrations will help to tolerate pain better. This has been confirmed by researchers from Goldsmiths University. With caffeine levels reaching 250mg, the threshold for pain will also be increased. However, this is not effective on the male body. 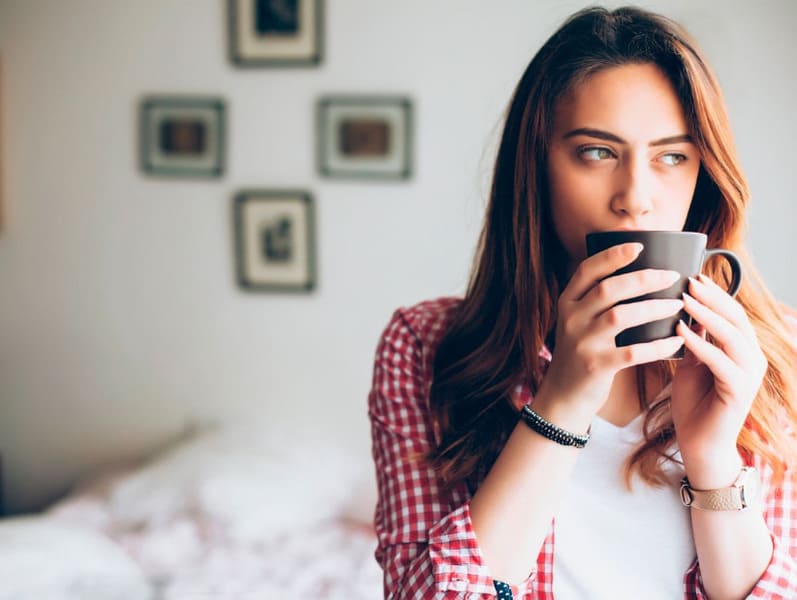 Coffee helps women cope with pain better.With headache symptoms, if caffeine and aspirin are combined, the effect will also be higher than just taking aspirin. Caffeine will help painkillers be absorbed quickly. This also helps explain why in the composition of some painkillers there is often caffeine included.

Coffee studies from the European Institute of Scientific Information have concluded that if the amount of coffee consumed is moderate, it will have the effect of reducing cognitive decline in both men and women.

The effect of drinking coffee on sports activities has also been studied by scientists and shown that with just one cup of coffee will also help prolong the duration of exercise and sports. 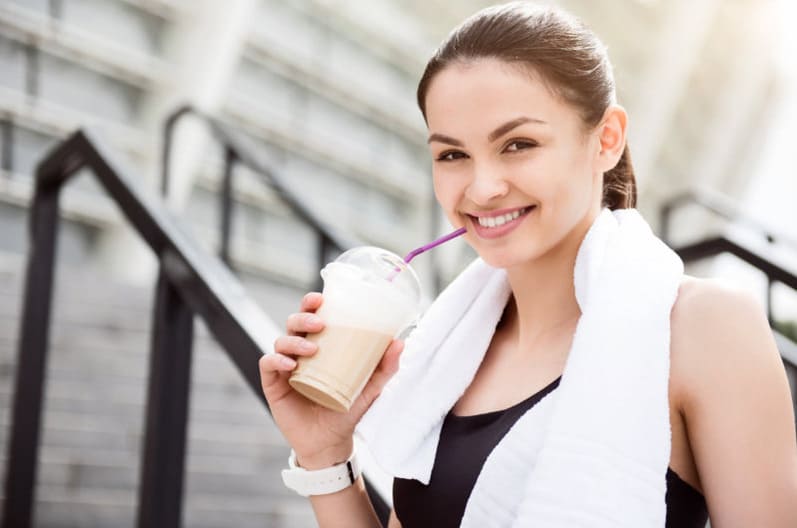 Drinking coffee helps to prolong the duration of exercise and sports

Coffee will have the effect of blocking the chemicals that make muscles quickly tired during high-intensity physical activities. In addition, studies have also shown that after drinking coffee, the problem of pain during exercise is also significantly reduced.

Thanks to drinking coffee, the exercise activity is also extended longer, through which the amount of fat in the body is also consumed more. It should be said that the effect of drinking coffee to help lose weight effectively is also not wrong.

If you often fall into feelings of anxiety and insecurity, make yourself a cup of coffee immediately. Because in the composition of coffee there is dopamine and serotonin. These two substances will help you relieve stress, anxiety, so that you will no longer feel stress. Especially after enjoying coffee, it will help you stay awake and have more positive energy to study and work more effectively. 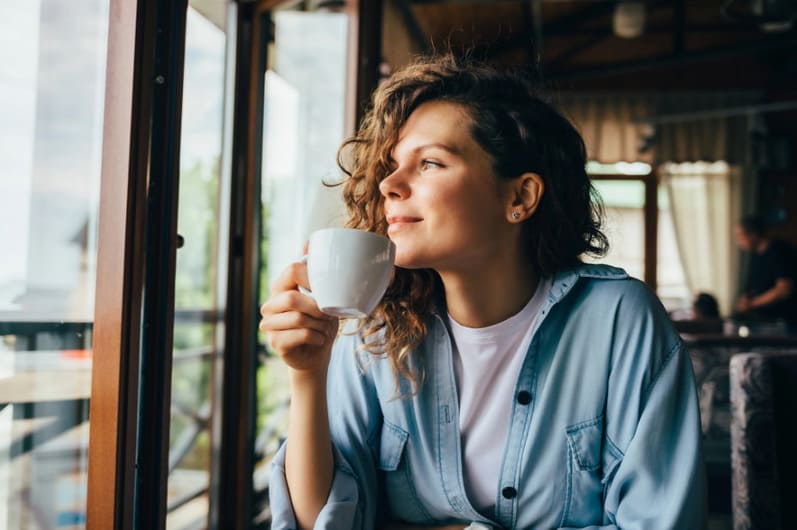 Drinking coffee has many benefits, but drinking too much and not properly can lead to coffee intoxication. Because if the amount of caffeine is loaded inside the body too much will lead to arrhythmias, the heart beats abnormally fast, causing feelings of dizziness, headaches, leading to insomnia, vomiting, more dangerous can lead to seizures. 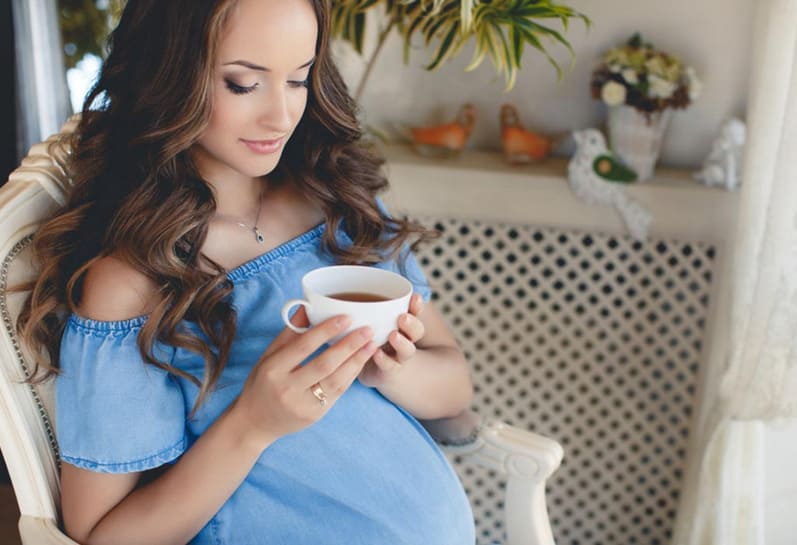 Use coffee correctly to limit the harmful effects on health.

In addition, women who are pregnant should not consume too much coffee. Coffee can be the cause of a fetal arrhythmia, increasing the risk of miscarriage. In particular, the caffeine present in coffee is also the cause of stimulating blood circulation in the mother, which can be the cause of the fetus’ deformity.

The above are the effects of coffee on human health when enjoying each day synthesized by Dr. Salt. Hopefully you’ve got the answer to whether drinking coffee is good and using the right dosage to protect your health.